My son is suffering his first dose of heartache at age 11. His girlfriend of 6 months dumped him, via a mutual friend, because she is now ‘going out’ with his best friend. I quote “She’s been cheating on me mum. Why would she do that?”. Doesn’t your heart just ache for him?

With his closest friendship group in tatters, Munkyman wants nothing more than to eat cookies and ice cream while watching his favourite Marvel characters on the television. While I can cope with an overindulgence of Iron Man (who doesn’t love Robert Downey Jr?), I know that the refined sugary snacks won’t do him any favours in the long run. So this is what I made for him instead. (Note: he didn’t have these on the same day…)

1 ripe banana, peeled and then frozen

Take your frozen banana and put it in a food processor. Process until it resembles soft scoop ice cream, then add the brazil nuts and drizzle in the melted chocolate while blending until just combined. Be careful not to over-process otherwise you’ll lose the textural element from the roughly chopped nuts. Scoop into a bowl and freeze for a couple of minutes to re-cool before serving.

The original recipe calls for sunflower seed butter in place of the almond butter to make it nut free, but I didn’t have any; it also says to use 1/3 cup brown sugar and 1/3 cup of granulated sugar, but I didn’t have these either. Coconut palm sugar has a lower GI than regular sugar so won’t spike your blood sugar as much, it is also nutritionally better for you because it contains traces of a range of vitamins and minerals, which you won’t find in regular sugar. Finally, I used raw cacao powder, where Angela suggests to use 3 tbs cocoa powder. For those of you that don’t know the difference between cacao and cocoa, there’s a really good explanation here.

4 thoughts on “Healthy cookies and ice cream for the heartbroken” 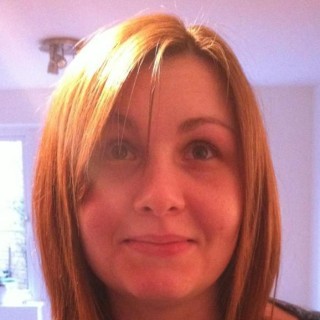 A celebration of all things good

Where fashion, fitness and (vegetarian) food collide. And champagne, obvs.

The best things in life aren't things at all

Laura Quick's book The Quick Guide To Parenting is available to order on Amazon. A perfect gift for parents.